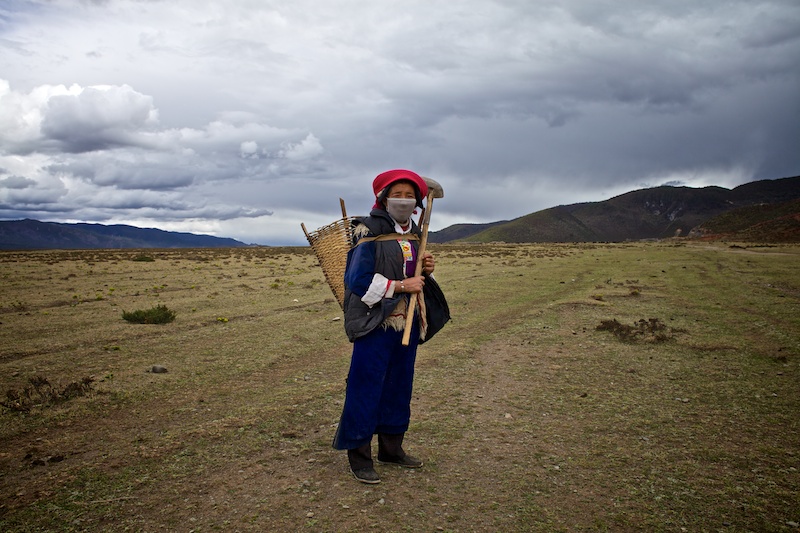 For too long Tibet has been involved with mystery. The geographical location, which has been described as inaccessible, and the permissions that foreigners have to obtain in order to get into the Tibetan province are just some of the obstacles travellers will face on this trip.

Visiting the “roof of the world” or the “third pole” can be relatively expensive. In fact, not too many travellers can afford the trip into the Tibetan Province: train/air tickets, permissions, hostels and food can easily reach 500 USD (This can increase significantly depending on where you go in Tibet) for a trip of 6 to 7 days.

The indigenous name given to this region is Bod or Bod-Kham; the English equivalent (Tibet) being derived from the Mongolian Thubet, the Chinesse Tufan and the Arabic Tubbat. Tibet always comes to the mind when traveling in China. The Tibet Autonomous Region spans over 1,200,000 square kilometres. Nevertheless the area covered by the Tibetan plateau forms an enormous land-locked region in Central Asia of 2,300,000 sq Km.

Considering the size of the region, the question arises by itself: do you really need to pay lots of money to get to know Tibetan culture? The answer is definitely not, since many towns on the border of the Tibetan province remain with a strong Tibetan identity. Almost ninety per cent of the population in these border towns is Tibetan.

On this trip I decided to visit those towns located just on the border of the Tibet province: Shangri-La (Yunnan province), Daocheng, Litang, Ganzi and Tagong (Sichuan province). You will need at least two weeks to undertake this route.

This route is an excellent way to get deeply familiar with Tibetan culture. Moreover, you will get the feeling of being on “the roof of the word”, reaching in some points the altitude of 5000 meters or even more!

If you decide to visit the Tibetan plateau for some adventure, to get immersed in one of the most extraordinary natural areas on earth, or to explore the Buddhist influenced daily life and social customs, you must be prepared to endure physical hardships in the course of your journey. Since all roads are in poor condition the trip cannot be taken in a hurry.

The following pictures are inspired by the word “simple”: the people of the plateau are independently minded, living in complete harmony with one of the most outstanding natural environments you can find on earth.

“Made in the Earth”