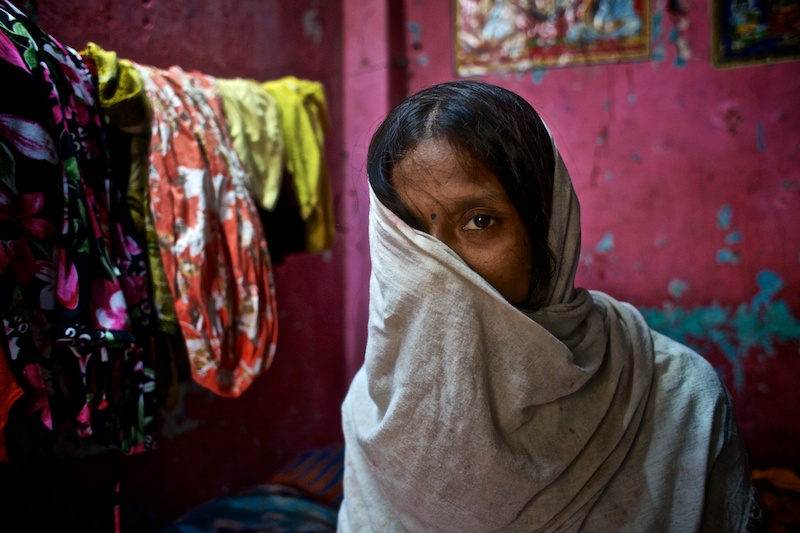 Due to the clandestine and stigmatized nature of sex work and sex trafficking, reliable estimates of the number of sex workers are virtually impossible to determine. Some estimate that In Kolkata there are more than 60,000 sex workers in the city. Male sex workers also operate in Kolkata. These sex workers primarily cater to a male clientele, either has homosexual sex workers or as transgendered/transsexual sex workers. Their expected numbers range from 1,000 to 5,000 individuals. These pictures were taken in two of the most popular red light districts: Sonagachi and Kalighata (There are approximately 21 areas of Kolkata designated as red-light districts). This photojournalist also covered the sex workers (women and transvestites) in parks around Sudder Street.